Check out this video showing what Code@Nights are all about!

Since you’re reading my blog, you should know a little bit about myself. I’m a big fan of Scrabble. I love math, puzzles, and playing tennis. I spend a lot of my would-be-free time on Coursera. And I’m vice chair of Princeton’s ACM Group.

ACM stands for Association for Computing Machinery, but that’s not important. I think that name is silly.

One of ACM’s main functions on campus is “promoting interest in computing and it’s applications.” That’s from the ACM Constitution, and it’s a beautiful goal, a goal helped along by Code@Nights, and a goal that I encourage you to participate in. Let’s start with Code@Nights, then I’ll point out how you can make a difference.

In short, a Code@Night is a fun-filled night of coding, powered by enthusiasm, extension cords, pizza and drinks. That’s right! Enthusiasm :D!

Personally, I find all nights of coding are fun-filled, but having a Code@Night guarantees it. Here’s how a typical Code@Night goes. Step 1, the ACM Officers (lovely people by the way) pick a date for the Code@Night and we book a room in the best building on Princeton’s campus, Sherrerd Hall. Sometime we’ll pick a theme (like quines or stenography!) as well. 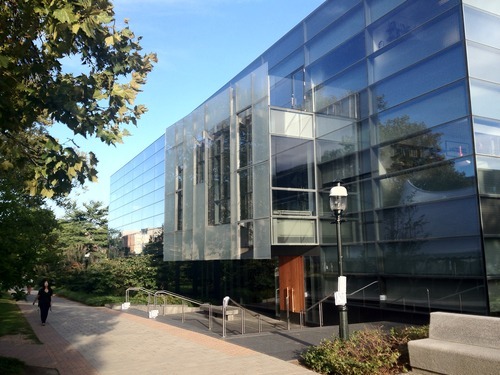 We send out an email (and in this case a blog post) to the ACM Group at Princeton, and everybody marks the date on their calendar, because nobody likes to miss a Code@Night.

Then, hours before the Code@Night begins, the ACM Officers (did I mention how wonderful they are?) scramble to get snacks and beverages ready for the Code@Night, and they inevitably end up with a bit too much Red Bull and Mountain Dew, and never enough fresh fruit.

The fruit is very important to the success of a Code@Night. Sure, hackers will show up because you advertise pizza and sugary things, but after a long night of coding, fresh fruit will bring a smile to any developer’s face.

Around 9pm, the hackery folks begin to arrive. They’ll keep on arriving until well after midnight, so we’re sure to keep the pizza coming and the drinks flowing. Sometimes we’ll plan a tech talk or demos to liven up the night. They come, they code, they conquer. They discuss the latest hacker news. They make the latest hacker news. They share their ideas and expertise with one another, and build pretty cool stuff. And when they’re tired, or realize they have to wake up early the next day for that big Dropbox interview, they leave at 1, 2, 3 in the morning, sometimes later.

Our next Code@Night is this Friday, September 14, and is open to the Princeton Community. Located on the 3rd Floor of Sherrerd.

Most of you probably aren’t Princeton students, but still want to attend a Code@Night. To you, I say “make one!” Find a room and shoot an email out to your computer sciencey and hacker friends. Order some pizza and be enthusiastic. And don’t forget the fruit. And when the event is a roaring success, let me know @Bieber or by email: dbieber@princeton.edu! Try it, you’ll like it.

Princeton students: I hope to see you there.